Zotac launches the first ever mini-PC based on 14 nm AMD Polaris GPU. The Magnus ERX480 boasts the integration of AMD Radeon RX480 graphics card, equipped with 4 GB of GDDR5 memory. The heart of the computer is a 4-core Intel Core i5-6400T CPU that operates at 2.2-2.8 GHz frequency. Hence, the model is ideal for resource-intensive applications and VR.

The new-comer is available in three versions: Magnus ERX480, Magnus ERX480 Plus & ERX480 with Windows 10 onboard. The first model is a barebone system which initially lacks RAM and storage subsystems. It supports the installation of two DDR4-1866/2133 MHz memory modules up to 32 GB. Storage subsystem might be levied by means of a single SATA III drive and M.2 SATA SSD.


The Magnus ERX480 Plus comes fitted with preinstalled 8 GB DDR4 RAM with the possibility to upgrade up to 32 GB. It also accommodates 120 GB M.2 SSD as well as 1 TB HDD. The ERX480 Windows 10 houses analogous hardware and brags about the preinstalled 64-bit OC …
Read more »

Haswell processors for laptops will consume up to 57 W, desktop - up to 100

Intel provides with three graphics levels: GT1, GT2 and GT3. Desktop processors won’t receive graphics performance higher than GT2, but mobile processors will be able to boast of with GT3 class. Support of PCI Express 3.0 for Haswell processors will be quite usual characteristics, but at the memory controller little progress is seen — yet provides dual-channel DDR3-1600.

By energy consumption Haswell desktop versions will be divided into models with values of 35, 45, 65 and 95 watts of TDP level. For mobile processors the values are ​​37, 47 and 57 W. Finally, ultra book processors with built-in system logic will be filled by TDP level not more than 15 watts. It is assumed that this will enable them, among other things, be in standby mode up to 10 days without charge.


The desire of Intel to compete with AMD in terms of performance integrated in graphics processor, will add some work to companies producing cooling systems for laptops. The developers report about …
Read more » 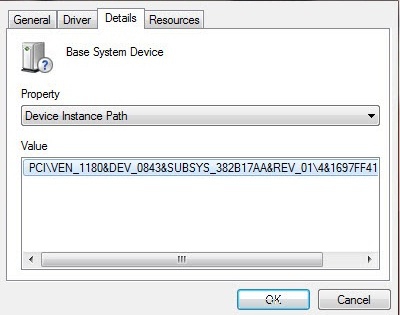 3. Copy the code instance of the device, or press Crtl-C 4. Paste the code found an instance of the device in the search bar "Enter Device Id", or press Crtl-V 5. Click the "Search" The search result will be a reference to the driver 6. Download the desired (or iterate through the list)
Devid.info © 2022
Contact form |
Language
| News | Latest Drivers | Terms of use | Privacy policy | Cookie policy | Privacy Settings | Do Not Sell My Personal Information
The Devid.info™ agent utility uses data collection technology to conveniently update multiple PC drivers. Drivers are the property and the responsibility of their respective manufacturers, and may also be available for free directly from manufacturers' websites. Devid.info is not responsible in any way for the performance of or issues caused by any third-party drivers.Drivers may also be available for free directly from manufacturers' websites. Microsoft and Windows are either registered trademarks or trademarks of Microsoft Corporation in the United States and/or other countries. Any other third-party products, brands or trademarks listed above are the sole property of their respective owner. No affiliation or endorsement is intended or implied.